In the TAXI community we have a saying, Write, Submit, Forget & Repeat.   The “Forget” is the hard part. The point is, you have to write songs, submit them to opportunities and then move on to the next song/opportunity.  You can’t waste time wondering and worrying about whether you get the placement or not. And this placement is a perfect example.

Years ago, I wrote this song, Boom Dynamite, with former Bad Boy producer Chucky Thompson.  It was created for an artist that he was developing at the time. It was an exciting opportunity but it ultimately didn’t happen.

And now, years later, he’s working with Chinese R&B star Catina Mezereon and she ends up recording the song and it gets a major feature in choreographer Laurieann Gibson’s show: Beyond The Spotlight.

So, this is a reminder to myself – just keep writing, keep submitting.  Then forget and repeat!!

Some of you haven’t heard from me in a while

It’s not because I haven’t been working.  Quite the opposite.

Many of you follow me on social media so you know what’s been going on in my life.  This year has somehow turned out to include both the most amazing AND the most terrible events of my life.

Of course, the absolute worst is my wife’s passing 6 months ago.  I won’t dredge up all the details here but if you’re out of the loop you can see this post to catch up.

And the absolute best has been getting brought onto the music team of Oprah’s hit show Greenleaf (OWN network).  I got to work with the cast as a vocal producer, help do vocal arrangements for the gospel songs featured on the show and wrote two original songs that were used multiple times through season 2 AND were included on the soundtrack.  That soundtrack has recently so far received 2 nominations for a Stellar Award (gospel music’s highest honor) and is being considered for a Grammy nomination.

If you haven’t heard the soundtrack, you can check out my songs by clicking on the links below.

On top of all that, I got a MAJOR placement with one of my favorite artists – Musiq Soulchild.

He’s singing a record that I co-wrote.  The record is on music legend Bootsy Collins’ new project.

You can hear it here.

So, yeah, I’ve been working, dealing with life, and moving forward.   I’ve just done a bad job of keeping some of you updated.   That’s going to change.

I’ve got some major things happening and it’s going to require me to mobilize my online community. I’m actually excited.  I get to build something great and I need my friends and followers to help me do it. More on that in the next day or two.  I just wanted to reestablish communication.

So, on that note, if we haven’t talked in a long time, please reply and let me know what you’ve been up to.

I’d love to hear it. 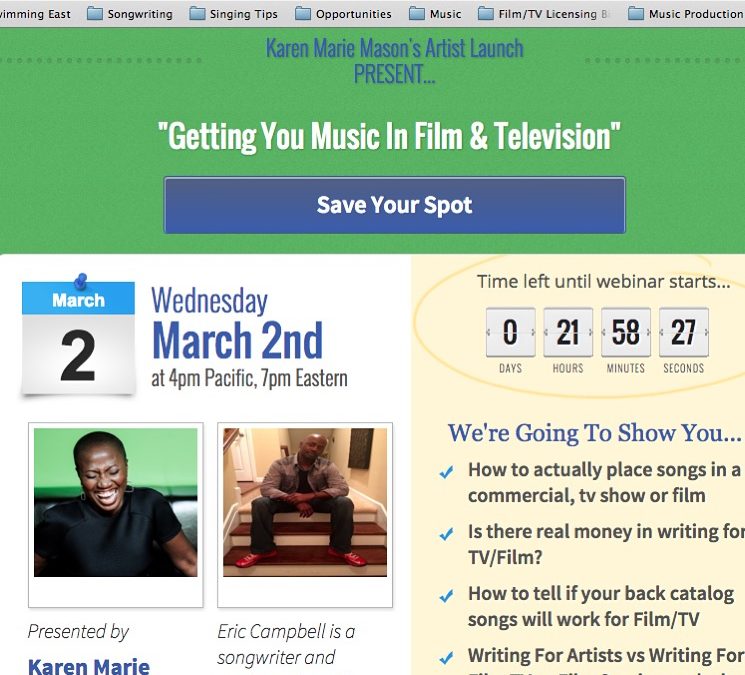 Want to learn how to get your songs in Film or TV? 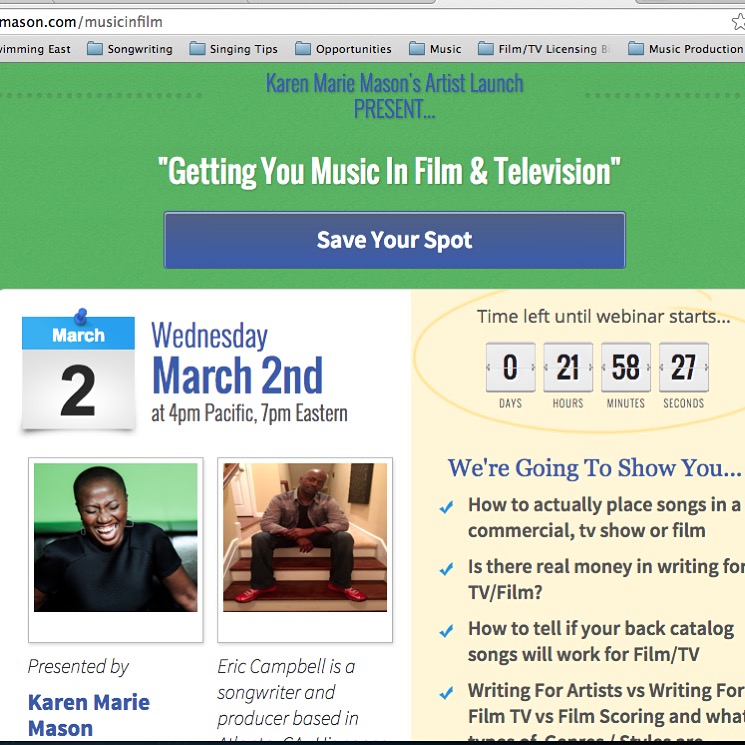 How To Get Your Music In Film / TV

The webinar is free.  Simply go to http://bit.ly/kmm-tvmusic to register.

My Music on MTV’s True Life

My song got placed on The Fosters (ABC)

Found out about another #songplacement. Had a song playing on last week’s episode of #thefosters #abcfamily Humbled and Blessed! #songwriter #studiolife

My song got placed on Chicago Fire (NBC)

Found out about another placement. Had music on last night’s episode of Chicago Fire! #chicagofire #musiclicensing #musicindustry #songwriting #nbc